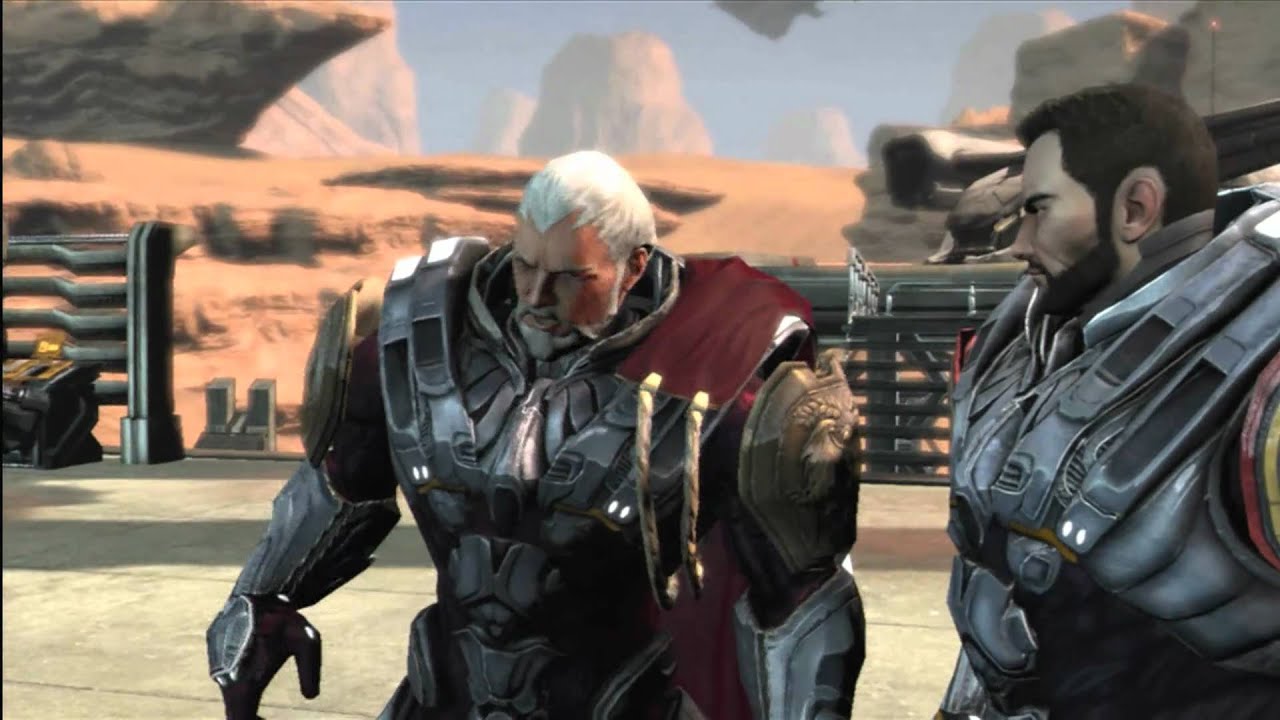 For some reason I thought I was going to enjoy Section 8, a lot. It must have been the power armor that reminded me of so many gritty Space Marines toting impossible-to-carry burst rifles while still managing to gallop as elegantly as if they were world class sprinters. The more I played this game, the more I wanted my money back and the more I simply wanted to play one of the dozen or so games that had done this before and done it better. There’s not inherently wrong with Section 8, but the fact of the matter is that when you’ve been spoiled by Gears of War and Halo, you tend to expect a little more from your badass space marines.

SouthPeak Games, the developer of Section 8 clearly knew that they were going to put most of their time into and it wasn’t the single player section. The campaign is completely and utterly boring to the point where once you finished it, you’ll wonder why you didn’t spend more time in multiplayer.

The single player is structured to the point where it seems someone is dropping bite-sized candies for you to follow around. Another unfortunate side effect of single player is that when you have some downtime from combat you’ll notice that the game doesn’t stand up to its genre’s stalwarts aesthetically. While no game is really ugly nowadays, the game could have been a lot more attractive rather than how bland it came out.

Multiplayer starts of pretty well. The fact that spawning forces you to drop into the field rather than simply appear in the middle of a kill zone is pretty cool. Determining where you start is something anyone can appreciate. Large maps also make this addition feel even better as you can land in one place engage overdrive and sail across the map to another, allowing you to choose what angle you want to jump into the fray. And by fray I mean blasting through shields and armor with what is a truly disappointing arsenal. You have access to little more than a handful of weapons which only add to the feel that the game is becoming more and more generic.

However, there’s a bit more to the game then running around at super speed to jumping dizzying lengths with your rocket pack. As you complete objectives you gain currency that allows you to purchase items and add a bit more flavor to the combat. Anyone who has managed to play a game where you defend a particular point knows the value of a turret spewing death on any attackers coming to seize it. It’s unfortunate that their value is actually beyond the vehicles.

Yes, four hundred something words in and we’re just mentioning the vehicles because they’re god awful. The unsung hero of any good game is its controls. If they’re responsive and sharp then the other aspects of the game become more intuitive because you don’t have to constantly worry about whether or not the game is going to respond accordingly. To put it simply, the vehicles in Section 8 don’t do this. In fact, if you see a vehicle you’re going to want to go the other way.

When it comes down to it, Section 8 has its flaws but it does enough right to be enjoyable. If you’re looking to be knocked off your feet like Halo or Gears of War might have, then the game isn’t for you. However, if you’re a little lax on your expectations you could squeeze some mileage out of Section 8 before Modern Warfare 2 steals us all away.