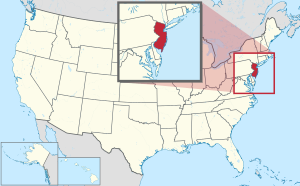 Trying to find information on New Jersey’s affordable housing process can definitely be a challenge. Especially since that process can vary depending on what town you happen to live in. After doing some very extensive research, and speaking with people who have gone through this very complicated process, I have been able to find out a lot. Following are what I have found and what people should know before they bother applying.

Of course each town or municipality may have a different way for deciding who does and who does not get to live in an affordable housing unit. What many towns are now doing is holding a lottery which is supposed to make the entire process seem fairer. Unfortunately since there just is not enough affordable housing for everyone, a lot of people are left without which seems to make the process very unfair. First of all if the town you are applying for does a lottery this means that nothing is done on a first come first serve basis during the initial rent up phase. This means that everyone is placed into number order depending on what number you were assigned when you were picked out of the hat. That number will determine if you get housing or if you don’t. In most cases they receive over one thousand applications for new affordable housing units. The sad part is that they usually only have about thirty units and in most cases less to go around. They also will not give you a date as to when you will be notified if you actually qualify for an apartment or not.

For some reason most towns or counties will send out almost triple the number of applications than the number of apartments that they actually have. They say they do this just in case some don’t qualify or don’t meet the income qualifications. What they don’t tell you is that you will have to pay some money to the apartment complex which has the affordable housing units. This money is usually for credit checks. That’s right in some cases I have found that people who were number two hundred on the list still got an application and were asked to put a deposit on an apartment, and pay a credit check fee, (which is non-refundable), when there are only ten apartments available. So many people end up losing money that they just can afford to lose, so that they can give themselves a cushion, to make sure that they fill the apartments in a timely fashion. Of course they cover themselves by stating in each letter that is sent to you that your apartment is not guaranteed. What they don’t tell you is that if there are only ten apartments available and your number is two hundred you will probably not get an apartment during the initial rent up period. This means that you may get put on a waiting list and when and if someone moves out then they will finish processing your information. Of course many of the people that I spoke with informed me that it took almost a month after they paid their deposit and credit check money to get any type of response as to where they were in the process. Many found that the apartment complex and the affordable housing office would give them very different responses to their questions. Of course neither would give a direct answer because no one wanted to actually tell the person that there is no chance of them getting housing any time soon. Some people had even waited on finding another apartment simply because they had already paid the application fee to the apartment complex with the affordable housing.

The bottom line is that most people who apply for affordable housing in New Jersey are living paycheck to paycheck and do not have much if any additional money to spare. It seems wrong and unfair to get individuals hopes up by leading them to believe one they pay a deposit the apartment is being held for them until their information is confirmed. It should be the affordable housing office responsibility to make sure that each person is sent information that explains the entire process thoroughly from the beginning. It should clearly tell them how much money they will need to put up, and what happens after their money is paid. They should also be given some type of time frame on when they should hear something from their office. All of this should be explained before the first application is signed. Why not post your comments and thoughts below if you have found your self in a similar situation in the State of New Jersey.